Trainingym, the most complete software for gym management

Trainingym, the most complete software for gym management

Trainingym was created with the intention of filling the technological gaps in the fitness sector and improving the customer experience. It is a computer system formed by various software with one main focus: Sports Centres.

The software is focused on the professional fitness market, helping them to improve the productivity and motivation of gym staff. It is present in more than 10 countries. Thousands of gyms around the world rely on Trainingym.

Before, Trainingym had a really messy technology stack. They had to deal with few native apps and external marketing applications connected to other softwares.

The company's main objective was to be able to unify all the software into one main software, in this case, HubSpot. They sought to bring to HubSpot the processes that were carried out in other software.

The purpose was to migrate from a "Frankenstein" technological ecosystem to one that centralizes all customer-related information through the migration and integration of the different existing platforms.

To sum up, they wanted to build a scalable growth strategy based on automatisms that will allow the company to make the leap where data unification and standardization were required.

Finally, they wanted to culturally and professionally transform the teams into a shared vision where the customer is at the center of the business through the training of the Sales, Marketing, and Customer Service teams.
Trainingym chose Datasocial to implement HubSpot in its technological stack in order to unify all its processes.

The main objectives were to:

We configured the client's HubSpot portal, implemented it, and finally trained the Trainingym team.

We put in place a complete training for the Trainingym team, we spent an average of 14 training hours offering content related to the following topics:

The integration of some of the systems that were integrated with the previous software was carried out.

Some 20 integrations were carried out in total, some of them were very simple, such as Typeform, because it has a native connection with HubSpot. In other cases, the integration, in addition to being connected to HubSpot, required some kind of transformation. 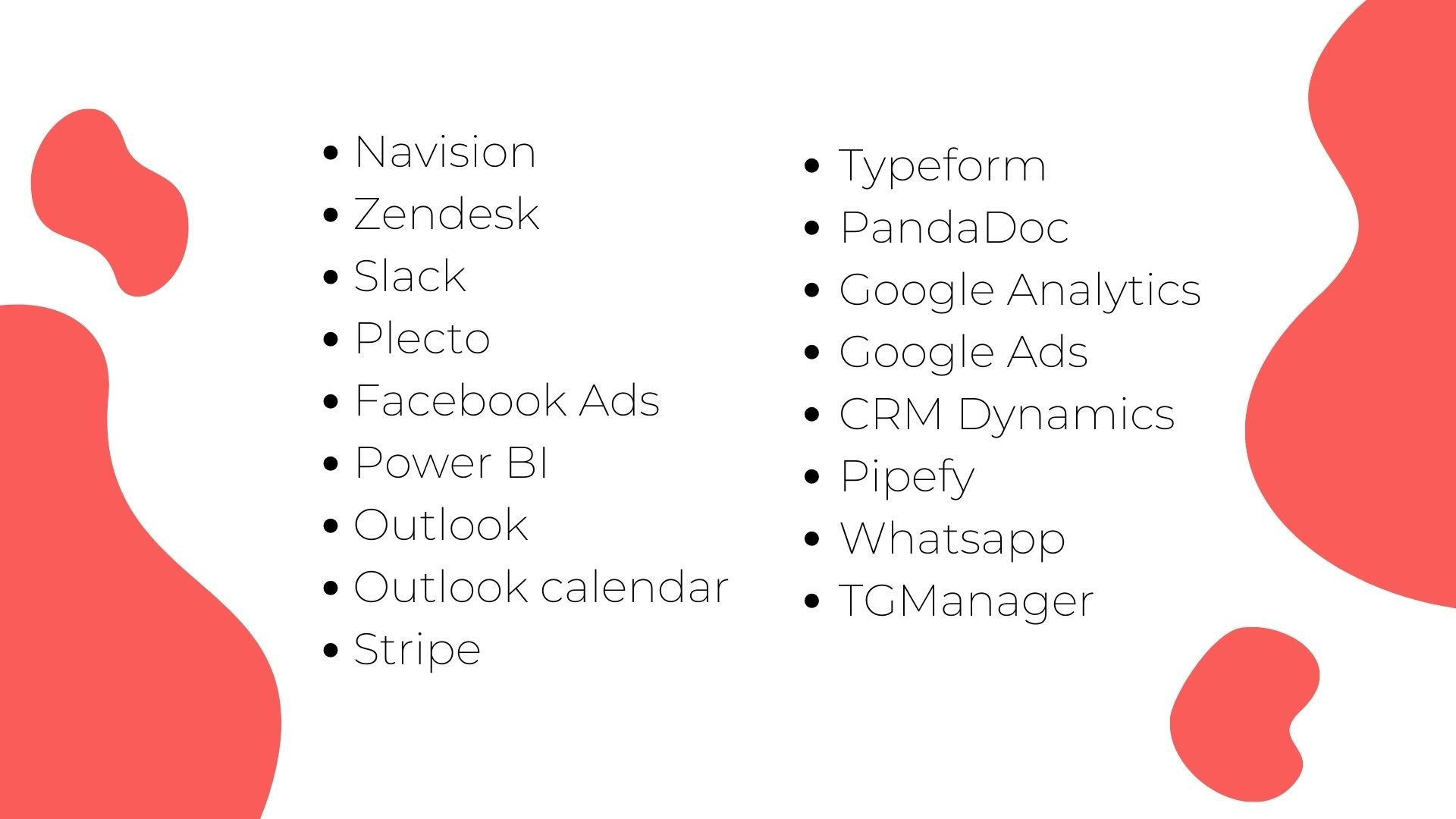 A series of migrations were carried out from the previous software, including all the transformation and unification of data in order to incorporate and translate all the previous elements to the new software.

In this process we paid special attention to those applications that were not easily exportable, so we had to perform exports via API, transform all the data and incorporate them into HubSpot. Five migrations were carried out:

On the sales side, migrations from Pipedrive, RD Station, Pipefy, Business Central, and TG Manager to HubSpot were carried out. On the marketing side, mainly RD Station and Pipedrive. On the services side, they used Intercom and Zendesk.

A total of 84 landing pages, 27.212 contacts, 15.000 businesses, and 19 forms were migrated. In addition to all the migration of these activities, a clean-up was carried out to start building a clean and ready-to-run technology stack.

In addition to all this, at the end of the project, it was decided to create a new object called Gymnasium. To achieve that, we had to migrate a database. This object was added in order to sort the data integrated with other ERP systems.

Implementation of the Free Trial

Trainingym was looking for a way for the customer to have the option to request a 15-day trial to test the software.

They wanted an integration that, starting from HubSpot forms, every time the client took a step the process would connect Navision with Trainingym's software and that certain operations could be carried out within HubSpot.

In addition, it should allow payments in stripe, and that this is reflected in all systems. For this we created an integration system, unlike other similar systems, in this case, it has API, we created an API of our integration system so that the Trainingym team itself can contact via API to this system and thus be able to make the requests they want from their system from both HubSpot and Trainingym.

We encountered certain setbacks that made the project more complex and elaborate:

Characterization: The database was very inconsistent, which means that in some fields like for example "country" there were correspondences like "España", "espana", "espainia", "Spain".... This meant that when segmenting in HubSpot this was a big problem. This action was carried out for positions, cities, etc.

When transferring the data to HubSpot, we took into account the existence of the same contact in the marketing software and in the sales software, these contacts were not unified since they had not been integrated, however, in HubSpot, they would be unified being the same contact, so it was necessary to unify them.

In addition, the time spent on this cleaning process led to a time lag in which data continued to be produced, so that once the data had been incorporated into HubSpot, we had to return to the original software and recover the data that remained different.

Implemented a portal in HubSpot where all operations are unified, this has given a big boost to productivity thus saving working time.

Migrated from a messy stack of applications and systems to a clean and tidy technology.

Due to the good results and the good experience with HubSpot, the client decided to hire CMS hub to design and maintain their website.

Impact within your company, show it with data and SMART type. Global impact for the company itself (we can add some customer quotes).

Trainingym came in with a need, to unify all their processes on one platform, HubSpot. However, from this point onwards, more opportunities have arisen, this project has been growing little by little hand in hand with HubSpot, thus achieving upselling.

Trainingym now has unified means for its marketing, sales and service processes through the integration of applications previously used. Thanks to this process integration in HubSpot, they have saved many hours of work and simplified all their processes.

Now their contacts will be the same for both sales and marketing, all their activities are organized and controlled within the same unified platform.

The Trainingym team measures the success of the project on their high productivity, better marketing tools and ease of updating the website.

Rafa Martos
CEO Trainingym
"The datasocial team not only helped us with the integration of processes, they also provided us with a strategic and technological vision that made the difference, in addition to the excellent training they provided to our Trainingym team.
Now at Trainingym we have an excellent system through which we interact with clients and we have clean and tidy data.
They've been part of the team throughout the transformation process and I've always felt they've been in the trenches, which gives me a lot of confidence." 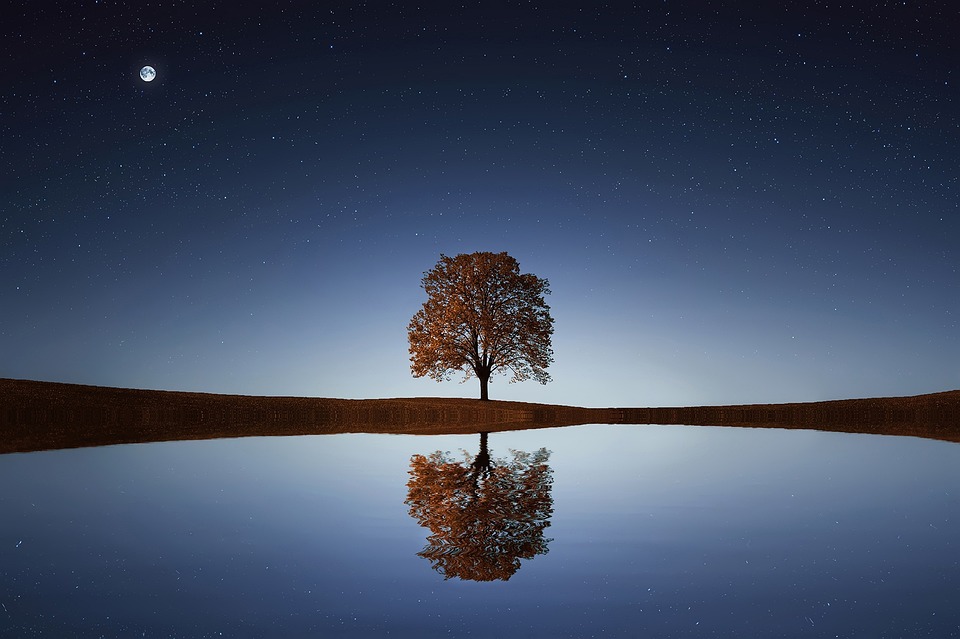